For pretty much my entire life I have been involved in sports in one way or another. My parents had me in the pool before I was one year old, and from there I tried just about any sport they would let me. I found “my” sport, triathlon, at a young age, and for over 20 years it has been my passion. For the last 10 or so years, it has been my profession, and for more than half of those I have been a HOKA athlete. A little over a year and a half ago I became a dad, and it has changed my life for the better.

I was always willing to put in the work from a young age, and really enjoyed practicing…and honestly, I needed to. I was never the most talented, but I was raised to always do my best and to never give up. I found some early success in triathlon, but it was the people around me and the team that I was on that kept me coming back. It was a unique team that had a vision of sending one of us to the Olympics one day, and its inspiration came from the great swim programs that the USA has around the country.

I was able to win my first National Championship (Youth Elite) at the age of 12 and continued to grow into the sport. Because of this team, I had a pathway to follow my dream of becoming an Olympian and a professional athlete. I applied the same hard work I did during training to schoolwork; I was competitive with just about anything, and it helped motivate me with activities like my studies. I chose the University of Arizona because it had a great physiology program, but also was in Tucson, Arizona, which was and is still a great place to train.

I qualified for my Elite license during my Freshman year at U of A and was offered to train and race in Europe by USAT, so I jumped on that opportunity. That was a pivotal year because I not only learned what it took to compete as an Elite at an international level (my only other international experience was as a junior), but I also calculated that if I took some extra courses I would be able to graduate a year early to pursue preparing for and qualifying for the 2016 Olympic Games. I was able to graduate college in three years, and moved to Santa Fe to live and train with my coach. While this helped me to get to another level of fitness, it was not translating to racing. I was supposedly living the dream; all I had to do was eat, sleep and train, but my racing was mediocre. I learned a hard lesson that year: I needed more balance in my life to be my best self (athlete and person). I needed time to step away from the sport so I could go into each workout fully recharged. 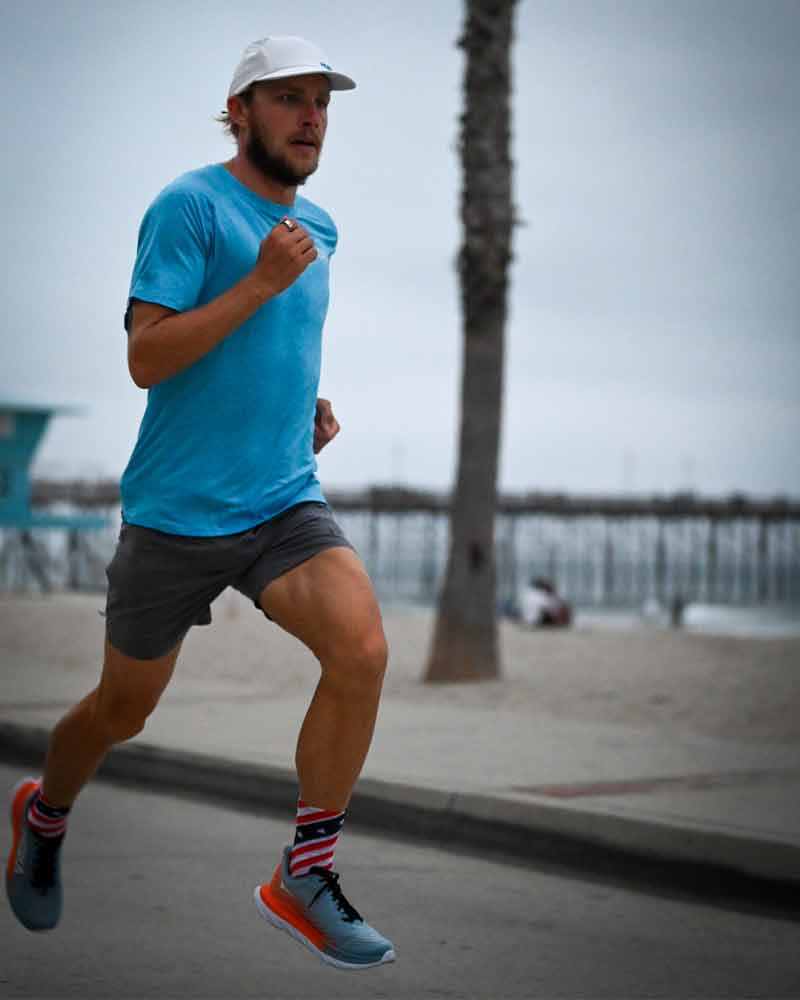 Balance has always been important in my life. When I was younger, it was harder to tell that it was built into my daily routine, but looking back: I played multiple sports, had school, and social activities with different groups of friends. That stayed consistent through college, and I thought after graduating I would be a better athlete by removing a lot of those distractions. While that worked for short training camps, living life like that is not truly living and I was on the verge of burnout. It took a terrible race at the test event in Rio in 2015 to force me to make some major changes, work with a mental coach, and move back to Tucson. From there, I was able to race well enough to qualify for the 2016 Olympics. This really helped build my confidence as a professional triathlete, and opened up more than one door for me as I found myself making the transition from rookie pro to being a more consistent racer.

Triathlon has been good to me my whole life. It has allowed me to travel the world, and experience so many different things. I get to live out my dream of training and racing and make a career out of sport, something I only dreamed of growing up. I have been extremely fortunate, and I could go on about how my life is better for having triathlon in it, but the best thing to come from triathlon, and the Olympics, is my family.

To make a long story relatively short, my wife Courtney was a local news reporter in Phoenix covering a local triathlon in Tempe, and heard that a fellow U of A alum had just qualified for the Olympics. Some of my former college teammates gave her my information, and she ended up doing a story on me. We stayed in touch after, started dating later that year, and two years after that, got married. Not long after we said ‘I do’ did we found out Courtney was pregnant. My daughter, Briella, was born in December of 2020, and it has been amazing watching her grow. Triathlon gave me my family and my life, and I am forever grateful to the sport because of that.

Life looks a little different now than it did at the beginning of my professional career. I took the approach of waking up a little later in those early years, and was slow to roll out the door. I had my fair share of early mornings, but I had all the time in the world to train! Now, my daughter is my alarm clock, and a pretty consistent one at that. She likes to start our day at 5:30am. This ends up working out pretty well because I can get my first workout done relatively early in the day, and really pays off when it gets hot in Phoenix and we are still in town (we try to leave when we can in the summer to avoid the hottest days of the year). We have just tried to live by the adage “sleep when the baby does,” so nap time is a family affair. My wife watches over Briella while I work out, and in between I try to share the duties as much as I can. We make a good team, but honestly, Courtney takes on a lot of the responsibility so that I can train and recover to be ready for the races during the year. I usually take over for putting her down for naps or at night, but we do get to spend a lot of our days together in between workouts. I train anywhere from 2 to 6 hours a day depending on the training block I am in, so when the training isn’t as long, we try to get out and do some fun family activities. One of the best parts about being an athlete is that my schedule is flexible so I can be there for a lot of the fun events. My family also is able to come out to some of the races during the year, which always makes them that much more special. 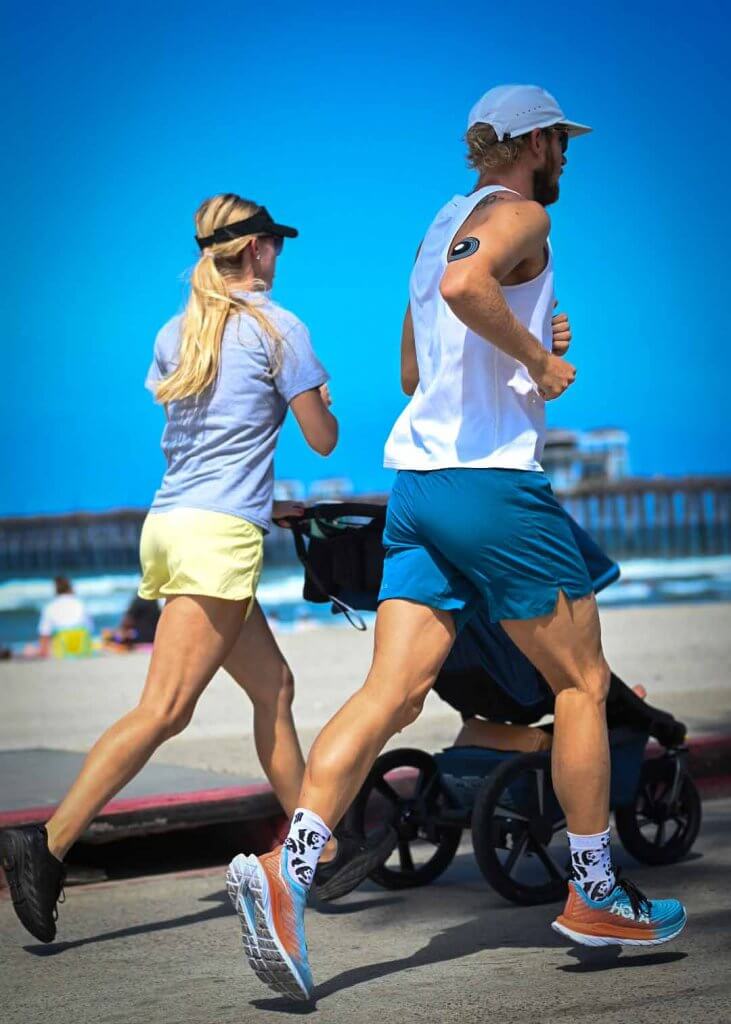 There are definitely challenges to balancing being an athlete and a parent. We have a wonderful, sweet little girl who is really a good baby, but is not a great sleeper. She resists naps and it took a little over a year to get her to finally sleep through the night. Courtney really stepped up to help me be able to get rest, but it was definitely tough. Thankfully, Briella is slowly becoming a better sleeper, and we have adjusted where we have needed to. There are a lot of parallels to parenting and racing, but the biggest one is being flexible. You may have a plan at the beginning of the race, but you have to respond to the different racing dynamics, and I find we are constantly adjusting to the different parenting dynamics!

I used to joke about some guys in triathlon having “dad strength,” but now I am a firm believer in it. As a parent, you find something within you that you did not know existed before children. I have had a lot of stages in life where schedules change, things get busy, and then settle down. Well, we are full throttle ahead, and it is amazing. I see things for the first time when my daughter does. A lot of times, when I might have been too tired to do much, I find I have a second wind when I am around her. Seeing her and my wife is the best balance I could get to release from any stresses that training and racing has. No matter what, at the end of the day, they are there for me and really don’t care about the result or a bad workout. They not only help me have some perspective, but I make sure every minute I am gone training is worthwhile since I have to leave them. Being able to share my love and passion for sport with my daughter is rewarding as well. She loves the water, can’t wait to get on her strider bike, and honestly does not stop running around. She is a little ball of energy (and maybe a future triathlete in the making)!

One thing that my dad told me recently when talking about pressure, nerves and performing that has really stuck with me goes back to when my brothers and I were very young. He is a lawyer, and was naturally shy and did not particularly like public speaking. Add in the pressure of trial, and nerves are only natural. Well, he used to think of me and my brothers as he was up there to help him be strong and brave because that is the dad and person he wanted us to see and be able to look up to. I like to use this same exact perspective with racing and dealing with pressure. Pressure is a privilege, and nerves are natural when you have put blood, sweat, and tears into something, but thinking like this helps put everything back into perspective. I want to be brave for my daughter, and to show her that anything is possible when you apply yourself and work hard, and that you can dare to dream and be whatever you want to be. #FlyHumanFly 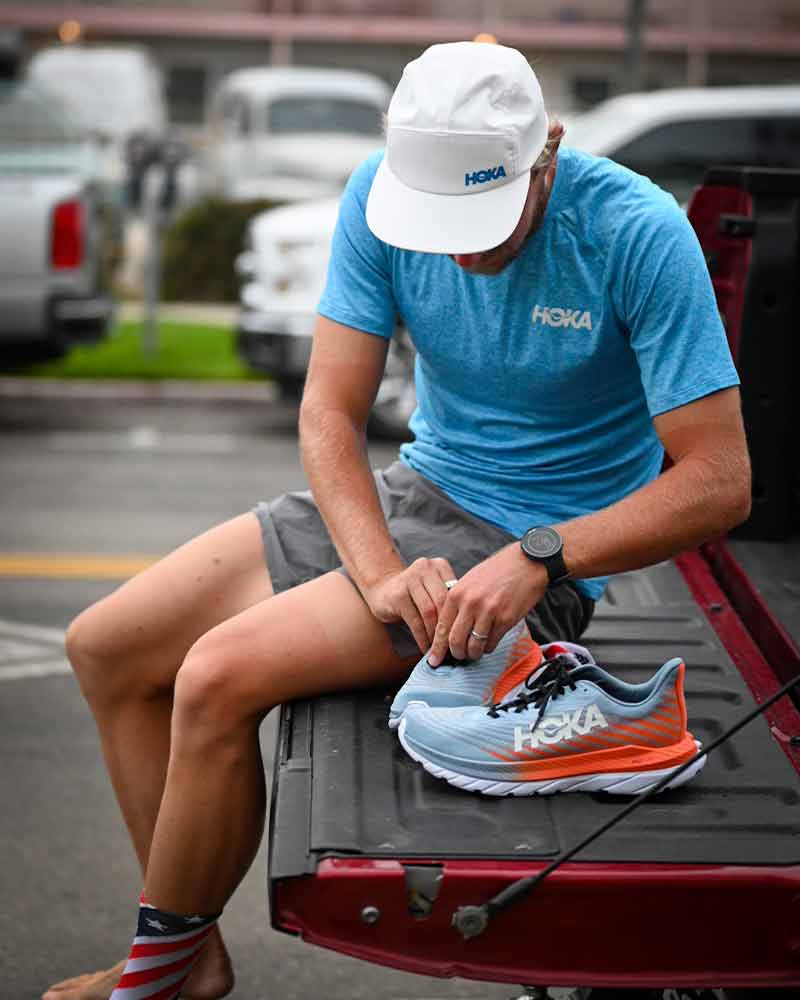 A BEGINNER’S GUIDE TO ULTRA RUNNING

What is ultra running, you ask? Running over hot coals? Evading a swarm of angry hornets? Dodging a charging moose? Sometimes, actually.

“Ultra running” is a blanket term for covering extreme distances without the assistance of a bike or skis. Although there are usually few additional rules. Ultra runners don’t have to sustain a running pace for the entire duration of events. They often walk or even sleep.